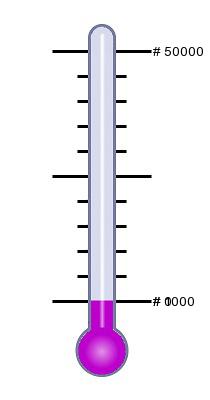 You hear a horse cart coming down your road. The clip-clop of the hooves on the tar is accompanied by the driver shouting. He is looking for scrap metal or garden refuse. You may wonder why, in this day and age, we still see horses working on the roads. You may wonder if the horses are being looked after properly or if anyone ever checks on them.

WE Do. The Cart Horse Protection Association was founded in 1995 specifically to look after the welfare of the working horses. Over the past 25 years, we have worked really hard to change the thin, overworked horses to fatter, fitter animals, with owners who have the knowledge to take care of their horses.

We have many services and projects to improve the welfare of these working horses, but this Giving Tuesday, we would like to share more with you. Not only that, we would like to hear from you. What have your experiences been with the horses and their drivers?

Allow me to tell you my own short story, and then take you right into the homes of two of our owners, Aiman Tula and Brandon Lee.

In April 2017 I started working for the Cart Horse Protection Association, but this was not my first experience of the horses on the road. I had been living in Monte Vista for a while and have seen the carts come and go down my street. I had talked to some of the owners and had even hired one of the carts as entertainment for my daughter’s birthday party. But nothing could quite prepare me for the world I was about to enter.

Every day horses would come into the clinic at Epping and I had the opportunity to meet their owners or drivers. Together with some of our field staff, I went to visit the horses and owners where they lived. Sometimes my heart broke at the sights I saw, and I would get angry that we couldn’t do more. Sometimes I would be amazed by the kindness and compassion shown in these very same areas where gangsterism, crime and death are an everyday occurrence.

Someone leans into the bakkie to talk to the inspector and the gun he carries stuck into his torn tracksuit pants, makes a “thunk” on the side of the door. This is a war zone! I have entered a different world – a mere bridge away from where I live…

One day, I am standing outside a shack, watching the inspector do her job when I feel something touching me. I have my phone in my back pocket and instinctively grab at it – but when I look down, it is a little girl trying to give me hug.

Another time, I am standing next to the road with the farriers who are trimming horses. The heat is searing over the Cape Flats and I wonder if I might faint today. Next thing, the owner of said horses, who makes a living by gathering wood with his carts, has sent his wife to buy a 2l coke at the spaza shop and have poured us each a drink.

One morning I walk out of the office with my tea, when a pony called Daisy Lee makes a grab for my mug and starts drinking my tea. I am told by the owner that she has her cup of tea every morning and once the photos are shared online a kind donor buys her her very own Cart Horse mug!

Getting “mugged” by Daisy Lee

Brandon Lee with Daisy and Ricky

Daisy Lee belongs to Brandon Lee. He lives quite near Epping in an area called “Epping Forest”, although you would be hard-pressed to find a tree! Daisy only gets the best care. She is always shiny and in good condition. On her days off, she gets taken to the grass verge to graze. He has no other means of making a living, other than going out to “skarrel” for scrap metal or garden refuse as he never completed school.

His father has always had horses and Brandon is no stranger to taking care of them. He worked as a driver for many other owners and finally bought Daisy Lee in 2018 and acquired a second pony, Ricky Lee a few weeks ago to ensure that Daisy gets more rest days. He comes to show me his new pony, Ricky.

He buried his father the Saturday before and is now all alone in the world. Brandon has known hardship all 28 years of his life. He lost his mother at an early age. Shortly thereafter his brother was shot and his other brother, ended up in jail for shooting their brother’s killer.

He lives from hand to mouth and has had no time to save up for the unexpected hard lockdown. Luckily, the same donor who bought Daisy her mug, doesn’t forget about him and buys him food vouchers during this hard time.

Another well-known figure on the carts is a little Rastafarian, with his big bay horse, called “Fire”. He is known to most people only as “Rasta”. We call him “Aiman Tula” but the name he was born with, is actually Dereck Gröders.

His family has always had horses and he has worked with them all his life. He keeps his horses Fire, Beauty and Mishka in the informal settlement known as “Freedom Farm”. You would know it best as the “camp next to the Cape Town Airport”. Every morning he gets up early and gets one of the three ready for a day’s work.

Because he is one of our best owners, when an international journalist asks to do a story on a carty, we suggest he follows Tula for a day. Someone on his route gives him some bread rolls and without hesitation he shares his gifts with anyone else he sees that needs it more than himself.

He is a quiet, humble man who doesn’t like to talk about himself. He is always barefoot and as a true Rastafarian, also a vegetarian. As an “elder” in his community and respected by everyone.

What can you do to help us with our #GivingTuesday2020 Campaign?

Have you met “Aiman Tula” or Brandon in their travels? Have you met any other cart horse owners or drivers? We would love to hear YOUR stories. Have you interacted with any of our carties? Has your experience been positive or negative?

Other things you can do is share this with your friends and help us reach our R50 000 goal for GivingTuesday2020.

Share our emergency number with everyone so they know to call 082 6599 599 if they see anything untoward happening with a working horse such as overloading or abuse.

Because of the restrictions on physical gatherings, our means for fundraising has been limited to online campaigns and we ask you to help us so that we can continue to help people like Brandon and Dereck make an honest living with the horses they love.

Update Thermometer
Back to top